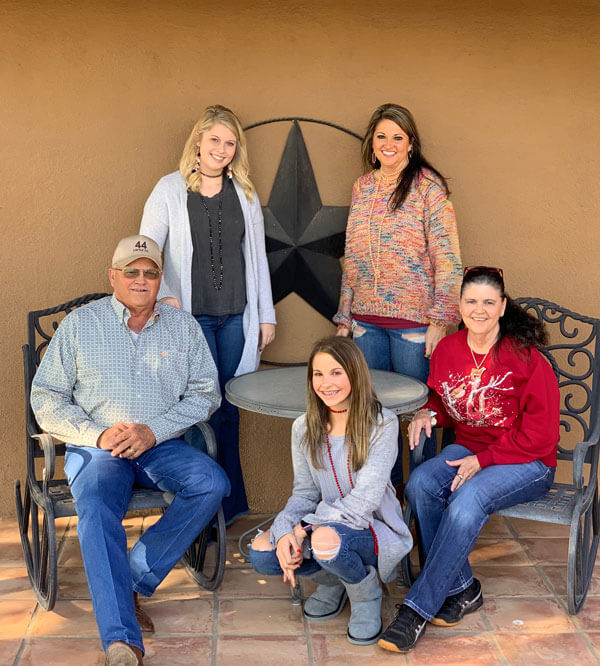 44 Cattle Company is owned and operated by Bill and Dolores Jenkins. We are located 17 miles north of Big Spring, Texas on Hwy. 669. 44 CATTLE CO. was established in 1959 by Dolores’s Dad, Aubrey Lankford.

Bill and Dolores have 3 children, Amanda Blissard, Raymond Jenkins and Michael Jenkins, and 4 grand children, Myka Blissard, Aubree Blissard, Whittany Jenkins and Mason Jenkins. Raising and showing cattle has been a big part of this family’s life for the past 55 years. At the present time Myka and Aubree Blissard are both showing in junior heifer and steer shows, and Bill, Dolores, Amanda, and Aubree are showing in open Miniature Hereford shows.

WE HOPE YOU ENJOY OUR WEBSITE AND WILL VISIT US OFTEN.

Welcome to our parade of Champions. We are proud to say all of these cattle have been raised at the 44 Cattle Co. Ranch and have competed very well at the state level.
See Our Champions

We offer miniature Herefords and Shorthorns for sale at the ranch year round. Please give us a call or email if you see something that will fit in your operation. Thank you for your interest.